Yep, it’s this time again! Unless you’ve been living under a rock, you’ve probably heard of How to Train Your Dragon 1 and 2, some of the most popular kids’ movies to date. There isn’t any art for this (sadly), but there are costumes, ads, and some dragons in Poptropica itself!

I’ve only found two costumes for How to Train Your Dragon, but I think they’re really good! Both are from the Poptropica Help Blog on their Costumes page of Hiccup and Astrid in the movie. If you can’t find it, try pressing ctrl and ‘f’ at the same time, then search the names in the search bar at the top right. Here they are:

I like how they both give off a Viking feel but their costumes still vary quite a bit. I especially like Astrid’s axe. Make sure to click the link for instructions on how to make the costumes yourself. 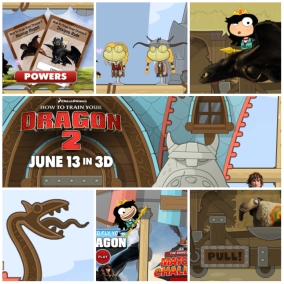 Despite DreamWorks being such a huge movie company, they have still had ads on Poptropica with videos, items, and costumes. First up is a How to Train Your Dragon 2 ad (thanks to Poptropica Help) from 2014 with a video, two customizable dummies, and two limited cards with Dragon Ride and Hiccup Flight! Slanted Fish made a great collage of all the items you could get from this long-lost ad.

From Slippery Raptor’s Blog is another variation(?) of the How to Train Your Dragon 2 ad that came with a Toothless’ Dragon Fire card if you watched the video! Pretty cool.

Oh, but we’re not done there. Next up is Dragons: Defenders of Berk, which had advertisements around the time frame as these other ones. The first one, from the Poptropica Help Blog, is  where you could watch a video and get the Terrible Terror Follower card!

Last but not least, also from the Poptropica Help Blog, is about an ad that appeared “in between places” on islands, so it probably wasn’t as noticeable as these other ones. You got a Hiccup’s Shield from watching a video which emitted blue light like fire.

I couldn’t just stop there! Poptropica has had some notable dragons of their own. I mean…please, Red Dragon Island! There’s a whole island dedicated to the concepts of dragons. Would could be better than that? Admittedly, it was based on Magic Tree House, but hey, it’s the same creature.

Let’s not forget the Dragon Follower cards, coming in yellow, blue, and red. Thanks to the Poptropica Help Blog, here’s a photo containing all three of these cute Followers. Personally, I like the blue one. Sure, it seems sad, but maybe it just needs a little company! And plus, blue is definitely the best color out of all three. Remind anyone of a certain game…maybe Pokemon Go? #TeamMystic

Lastly, the Poptropica Creators released some of their concept art of the dragon from Galactic Hot Dogs Island on its website. These were a bit pesky to get through, but the baby is really cute. The parent looks completely done with it, though. 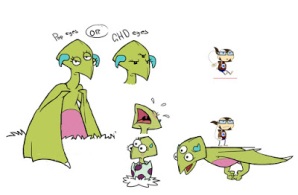 That’s it for this week! Stay tuned for some more Mashup Mondays. Suggestions are definitely welcome!

3 thoughts on “Mashup Mondays: How to Train Your Dragon”