Great news guys! Mystery of the Map Island is officially out for everyone.

In other news, for a limited time there is a much faster way to obtain Poptanium. When you visit Poptropica Realms, you have the chance to use a lightsaber, in honor ofStar Wars Rebels.

The lightsaber allows you to more efficiently collect Poptanium, but only for a limited time. So visit Poptropica Realms before the lightsabers disappear! You can now find Lazy Pelican on the main street of Game Show Island. Might not be a “reward,” but you get what you get I guess.

Remember that every time you earn an island medallion (even by replaying an island), your name will be entered into a raffle-like contest to be a part of the Hall of Fame. If you get chosen, also remember that the outfit you were wearing when you won will be the outfit that you are shown in; your costume doesn’t update.

Moving on, you probably already know that the PHB had a Q&A with a Poptropica Creator! I highly encourage you to check it out. If I haven’t already convinced you to check it out, note that some awesome things are hinted at, such as an upcoming island (“Some place you don’t wanna be.“)!

Now, this hint seems to relate to recent Daily Pops depicting a prison. 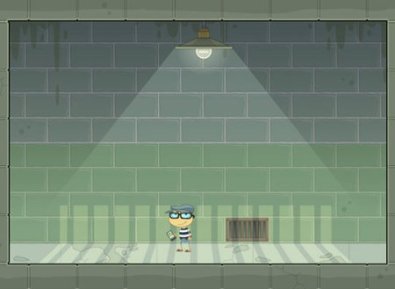 What the island will specifically be about, I don’t know.