Here are my top 10 Poptropica Islands,
These are the ones I like most.

This one was awesome, I loved the fact that it had thunder and rain audio and an interesting story, and the funny trend in Vampire fiction going on as well.

9. S.O.S Island
This one was really fun, it got frustrating at times but ever since I was a toddler I’ve loved games with water in them, so S.O.S was an instant favourite! 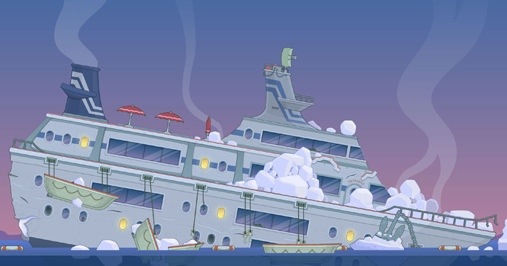 Travel through History to save Poptropica’s Future from a bleak fate!
This seemed like so many mini islands in one! You travel to Ancient Greece revolutionary America, The Vikings and heaps more! And at the end you can go to a pristine tranquil ‘green’ future!!

Discover Africa in a Bi-plane, go carting in mines, Help the chicken cross the water full without being eaten by the fox (or the chicken eating the grain) and find all the gems belonging to the statue! Loads of fun!!

Here is one of my all time favourites, this one is really fun! Get transported to ancient Japan with two nerdy looking kids who end up getting kidnapped and held hostage by the Emperor, Cut bonsai trees, get a kimono, become a Sumo wrestling champion and then become a Ninja and rescue the Kids!
Anything to do with Ninjas and Dragons and I’m in! I also adore cherry blossom trees!

Pack up your stuff and head for Chicago world fair! And then get caught up in some Jealous French girl’s sabotage. It’s fine though cause you end up the pro detective, scowling around the train for evidence. Along the way you meet a bunch of well knowns such as Mark Twain, Harry Houdini and Mr. Ferris.

Yep this one’s hard, took me ages!
The super awesome and a little delusional antagonist Mordred, a.k.a Binary Bard is my favourite villain actually! It center’s around Arturus, a simple, peaceful medieval town struggling forward after the disappearance of it’s princess. You eventually unravel that the Princess was interested in space travel and helped Mordred (Binary Bard) in his studies. After I completed it they named me ‘Lady Snowball of Arturus’.

I was literally jumping on couches when I heard that they were releasing a new island called ‘counterfeit Island’ back in 2009 and when it was finally released early the next year I embarked on a super awesome quest to protect ‘ the scream’ from being stolen, it definitely wasn’t easy with people like ‘the black widow’ around. 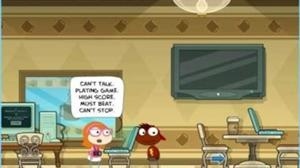 1. Ghost Story Island.
It was hard deciding my top ten islands but from the start I had no doubt that my number 1 would be ‘Ghost story’.
I love ghost stories and this Island offers an awesome ghost story! One with a semi-murderer too! Boat around the harbour, explore the abandoned prison, play the violin to summon Fiona’s ghost, yep there sure is a lot to do, and it’s heaps of fun!

As I said before it was no easy job deciding my 10 favourite islands, I have so many favourites! I want to give special runner up mention to Skullduggery, Game Show and Spy Island.
What are your favourites?

I love poptropica, books, lego, comics, tv, star wars, my piano, and i love voldermort!!
View all posts by Bigsnowball →

27 thoughts on “My top 10 Poptropica Islands”