When you land on Mystery Train Island you appear to be near a train station. Go to the left and talk to the man struggling with his bags. You should try to help him. Switch the tall blue bag with the green. Then the green with the golf clubs and the light blue with the small yellowish/green bag. Finally click on the board and push the man’s luggage onto the train. The man (Edison) invites you to come with him on the train and to meet him in his cabin. Now go to the right and ride the train. Walk left and head towards Edison’s cabin, but don’t just go straight there. Explore a little bit and talk to everyone along the way. The man you come to in the coach car will say that his Ferris Wheel isn’t working. Then he’ll hand you a telegram. You should explore some more. Anyway go left into Thomas Edison’s cabin. On your way there you should pick up a pencil. Although he wants you to meet the other passengers.

So go talk to the other passengers. And yes, this can get very confusing of where everyone is. So here’s the order of the cars (so far): Coal car, Coach car, VIP car 1, Luggage car, VIP car 2, Dinning car, Reverie car (multiplayer room), Freight car, and Pinkerton security (which your not aloud in). After you talk to everyone go back to Edison’s room.

So let’s try his invention out! It works! Edison leaves to get that reporter. But then the train goes into a tunnel and everything gets dark.

The next thing you know the camera is gone! Then Edison comes back and all fingers point to you. But your on the case. Time to figure out exactly who stole the invention. This is… a mystery on a train.

First talk to the reporter. Click on the picture of the  invention and the reporter will say that he saw Mark Twain hiding something in his cabin, in a secret compartment. Sounds interesting! Now go talk to Mark, who’s room is to the left. Make sure to click on all the clues when talking to people. To find the secret compartment click on all the squares on the walls and listen (actually look) for a different noise.

Well, turns out Mark didn’t take the device. But what a minute! The train is stopping. Go right and talk to the reporter again. Now you got to get to the VIP car 2! Talk to the 2 other men and get back on the train.

Once you get to the right car you will find prune juice stains on the floor. It’s a new clue! Time to talk to the man that’s around different juices all day long… the porter. Go left to the dinning car, but before you accuse the porter ask Susan B. if she knows anything. When you talk to her she’ll say that Nikola Tesla has been locked in his cabin since the theft. Now ask the porter. Man! Don’t you hate confidentiality? Anyway use your pencil to see if you can make out what he wrote down from the imprint on the next page. The sheet will say that Nikola ordered prune juice. Time to ask him a couple questions.

Go try to talk to Nikola , but he won’t let you in. So go talk to the coal miner instead. He admits to getting a snack, so go ask the porter. He’ll say the coal miner was, sadly, telling the truth though.

Anyway, go back to the luggage car and talk to the woman that’s there. Time to change your outfit a little. Go into the porter’s closet and put on the porter’s clothes. (You only need to wear the hat) Give Tesla a refill on his prune juice. Then he’ll drink his beverage 3 times and has to go to the water closet (A.K.A. Bathroom). You’ve got a little time to search the room for the key. You find the key at the last second, so don’t feel like your running out of time. Just keep looking in random places (even the same places over and over is fine!) and for some reason the key appears right before Nikola comes back into the room.

Time to open his bag in the luggage car! And look! The camera is there! Either he’s the thief or someone framed him. Return the device to Edison. But it can’t just end here. Look at the video that the camera had. You can see Tesla in his room, because the train curved, so it can’t be him! You have to talk to Tesla. But the guard won’t let you pass. In the luggage car there is a hatch to the roof of the train. Climb up, because it’s the only way you can get to the innocent man. Jump over the hanging bags and duck for the tunnels, until you find the open hatch to the right. Talk to him and then go to his cabin. Don’t worry, you can just go left instead of going back on the roof.

The difference in the room is that the briefcase is open. Go tell him. Now talk to the only man who knows how to pick locks. His cabin is right next to the WC or bathroom.He says that he doesn’t know what your talking about. So go ask the reporter what he thinks. The reporter gives you an article that leads us to believe that this lock picker is in disguise. Head back to his cabin, where he is not there anymore. Take the bag that he left behind. That’s when he comes back in. And surprisingly there is a hatch to the roof in his room. Go up to the roof and to the left, after him.

Then take the sheet off of the big object in the room where you land with the scissors you got. Looks like someone got themselves into a slippery situation. Use the lock picking bag to get him out, before he drowns. You take each stick and matching the different designs make all of the locks line up. Apparently Mr. Houdini wasn’t the thief, so go chat with Tesla again. You need to find out what he was hiding, but if you want him to talk you have to get him out of there with the lock pick bag.

Now that you know what was in his bag go ask Mark Twain about it and he’ll mention a mysterious fellow in the last car. So now you have to get to that last car. So head left and you can finally go in the security car. Just don’t wake the guard! Go up, jump over the first hole, go down the next hole, and left, past the guard. If you touch something it could trigger a chain reaction and wake the guard.

Go left into the Presidential Suite car. Fancy! Talk to the man that’s by the chalkboard. Turns out he’s an important man! Help him piece together this mystery. To figure things out click on the right clues. After your done, go back to the luggage car for a closer look. Use the key to get into the trunk again and peel off the cloth of the trunk.

Walk right and talk to Mr. Eiffel. He says he is french, but it’s a lady’s handkerchief, so it’s not his. It has to be the Le Monde Reporter! Then the train arrives at the fair, but you have to find the real culprit before she destroys the transformer! Run left and chase her. Of course she acts all sweet and the guards are now after you. Go up to the lions and when their mouths are closed you can hop across them. Then bounce across to the left and up by jumping on the cobra in the basket. Pass the dancers and get to the left by jumping on the totem polls and light polls. The guards play a game of dominoes so go left. Then you have to climb upward. You should climb towards the left though. She’ll try to stop you but your too tough. Swing across the rope and keep going up. She’s going to drop the transformer! Now’s your time to shine. Swing across the rope and catch it!

Yay! You did it! Now grab the thief. But she falls… right into a water tank.

Give the transformer to George Ferris and get your medallion from that very important man! Congrats! You completed Mystery Train Island!

Hello, and welcome to Poptropica Tips for Poptropicans (PTFP). We’re one of the greatest, fastest-growing, and hard-working Poptropica sites. We feature island guides, news coming directly from the Poptropica Creators’ Blog, sneak peeks, and much, much more! Thanks for visiting! 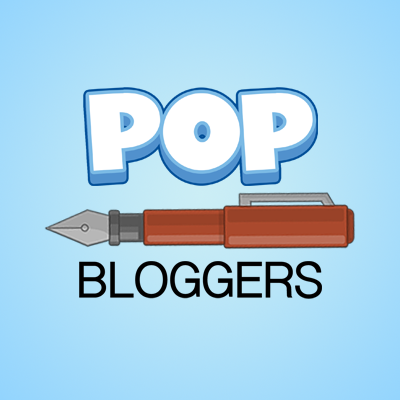 Copyright:
© 2012 – 2019, Poptropica Tips For Poptropicans (PTFP). All rights reserved. All Poptropica images on our site are from Poptropica.com, created by the Family Education Network. Please do not copy, steal, or plagiarize from us. Thank you.

Note: Using information from the PTFP requires specific permission, and once permission is given, a link to the page or post is required, along with credit to the PTFP.