Hey guys! A lot of recent Tweets and posts to cover. First off, I want to emphasize this new video that has been added to the Creator’s “Inside Poptropica” YouTube playlist.

…Does this mean that Balloon Boy may be returning soon? Part of me is thrilled and part of me is sad that we may not be able to look in the sky and find him there any longer. Here is what has been said on the subject: 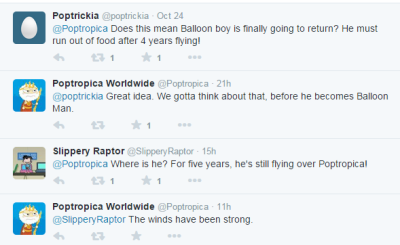 As you can see, Balloon Boy may soon become a Balloon Man…

In other news, Poptropica has still been buzzing on Tumblr lately! The awesomeness has even spread to classrooms. 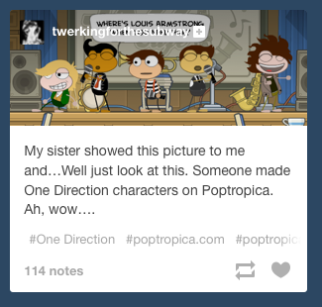 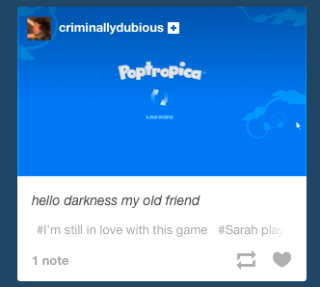 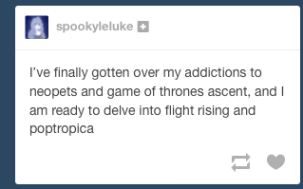 Ugh, I hate it when I’m stuck on the loading page with a ton of vines across my screen. 😛

Plus, some more concept art has been released! This time, it is for the recent “Monster High” ad. Plus, a random sketch and a boy shooting hoops on the moon (which is linked to the Lunar Colony trailer).

I also want to share an awesome site that the Creators found. It is called Ask the World’s Most Dangerous Losers. On the site, you can send in any question to be answered by the Poptropica Villains! Note that this is a fan site, therefore fans are answering the questions, not the Poptropcia team. Still, it’s pretty cool! 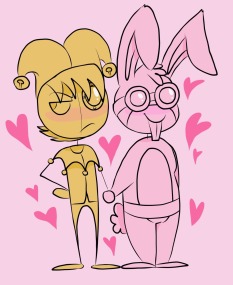 Anyway… The Best of the Land: Dream Houses have been announced! 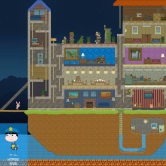 Look at that! The PHB’s own Slanted Fish is among the best! Click here for an in depth tour of her creation. Nice work Fishy!

Sadly, we are a little late on posting this, so voting for the best of the best is over. The winner is… Zany Crown! Congrats! 😀

The Best of the Land: Villages has also been announced! Thankfully, we are on time for this one. 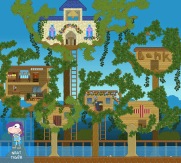 Click here to go vote for your favorite! The poll should be to the right of the page. The next theme in the contest is an obstacle course, so good luck everyone!

Once more thing! Survival Episode 5, along with free Halloween costumes, are now available in the Poptropica app.