Hiya, Silver Wolf here, and there are a ton of updates! There has been news of a book coming out, problems with Realms, the availability for 300 credits, a new tutorial, and more. *wipes sweat off of head* Let’s get started, then! All of the info will be from oldest to newest.

Recently Poptropica Realms’ icon hasn’t been on the map. Wondering why? Well, the Creators have explained that in a recent update, there was a bug in the coding that made Realms unavailable. They’re not sure how long it will take to fix Realms again, but the post on the Creators’ Blog about it was made February 16, and it still hasn’t been added back. It seems like they may be having some major problems, so we’ll just have to wait a little bit longer.

Mystery of the Map Book

Mystery of the Map’s graphic novel that you may have followed early last year is being released to bookstores on March 1st! Although, going back to the posts on the Creators’ Blog with the posts on the Mystery of the Map pages, it seems like they’ve been taken down. The goods news, though, is that the book will have additional pages and artwork! At least this way if you did read the whole story, there will be some things you haven’t seen before.

If you’re new to Poptropica, you may have some luck this week because the Creators are doubling the amount of credits you receive when you complete four particular islands that are related to engineering. (That means you get 300!)

That’s right! This week only, you’ll earn 300 credits if it’s your first time finishing any of these Islands:

The credits opportunity ends February 27th, so get on with exploring, collecting, and competing, Poptropicans! 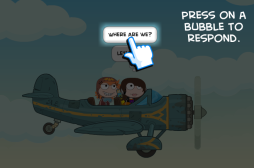 If you go to the Home Island, Amelia Earhart will greet you when you first land, and she will ask you if you want to go with her to an island, promptly named so because the island is full of monkeys. The whole point of the island is to teach you how to play, so there will be messages like the one to the right, telling you how to respond to another Poptropican.

The plot of the island is that you’re racing and you get far ahead, but one of the opponents known as the Red Baroness makes you crash and land on the island. The further you progress, the more you’ll notice that these are the scenes we’ve been seeing lately in the Daily Pops. Also, there’s a little tidbit explaining how the blimp came to be! It seems like you have indirectly caused such a masterpiece. The Creators haven’t specifically said anything about the island yet on their blog ( 😕 ), but they most likely will soon. Although, they recently made a tweet about kids testing it out, and they  just made a tweet about the island, too:

Monkey Wrench Island, an adventure especially for new players, is out! Talk to Amelia on the Home Island to play! pic.twitter.com/WoU6EsqDao

Another small side note is that the icons for the Menu box have changed some:

Well, I think that’s it, Poptropicans! 😀

So, first things first! The Poptropica Photo Booth is now available on the app for iOS! Android and other mobile devices should also be updated soon. 😉

The Photo Booth is also coming to Mystery of the Map Island. 😛

In other news, you may have seen some jungle related Daily Pop sneak peeks lately. We thought it was hinting towards a new jungle themed island (and we were kind of right), but it turns out to be a bit different… This is what the Creators’ said about the new island:

Well, we’re trying something a little bit different this time. We’ve got over 40 full Islands on the site already. That’s great for most players, but some of those Islands — okay, most of them — are very complex and challenging!

That’s why we’re putting our efforts toward a new Island especially for first-time players. It’s shorter than most, with simpler objectives. The idea is to let new players understand how to approach the challenges of Poptropica and give them the tools they need to crack some of the tougher Islands, like Escape From Pelican Rock.

If you’re already a Poptropica expert, fear not! We think you’ll like this Island too. It’s got some fantastic art, great gameplay, and hilarious characters. In other words, everything you love about Poptropica!

We’ll let you know when this new Island is available. It’s coming soon!

So, this new island will basically be a tutorial. I’m assuming it will be similar to the tutorial we’ve seen on Hub/Home Island, but more detailed and useful. Looking at the art in the picture above, I’d say it looks pretty cool! 🙂

The Daily Pops above are perfect examples of what may be sneak peeks for the upcoming island.

Lots of monkey related pictures, huh? What about all the other animals of the world? What about pandas?!? Well don’t worry, Poptropica has got that covered too. Anyway, moving on. The Creators have been posting a lot of things on Twitter. Specifically, one creator in particular. Why? Because the Twitter account is officially being run by Skinny Moon! Also known as Jessica.

The Twitter, and Poptropica’s other social media accounts, seem to be a lot more active now.

If you aren’t following the Creators, you should! They post lots of cool things like concept art, sneak peeks, and even things from fans!

Well, that’s all for now guys! Until next time! 😀

Hey everyone, SD here. First things first: Escape from Pelican Rock Island is going to be out for everyone on December 30th!

On a completely different note, the week 5 Island Hopper winners have been announced! 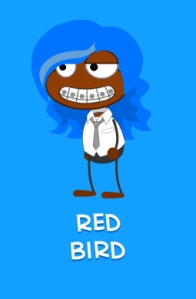 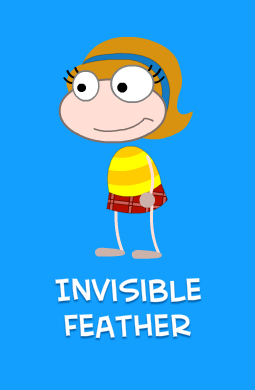 Congrats to all the winners! For the rest of you, remember that time is running out for the sweepstakes, so get hopping!

Oh, but that’s not all Poptropicans! There has also been an awesome app update! We have already talked about Pelican Rock, but there are also cool new winter costumesavailable! Some free, some for $0.99.

That’s all the Poptropica news for now, but be sure to visit the Daily Pop and the Creators’ Twitter for even more Poptropica info! 🙂

Anyway, the winner’s of the Creators’ Photo Booth Contest are here!

Golden Typhoon didn’t just make a great werewolf costume — she also posed it mid-transformation for a dramatic photo. Look how the other wolves are welcoming the newest member of their pack! Creepy!

Judging by the entries we received in this category, Poptropicans know how to get down! Please invite us to all of your future parties. Our winner was Speedy Knuckle, whose composition and character poses made for a rockin’ good time.

Tons of hilarious entries in this category. In the end, we had to give the top spot to Tall Kid, who gave us three monsters (and two bats) chasing a poor Poptropican in a hot dog costume. We always knew that would get you in the end.

Every photo we got was creative. Smart Glove zoomed out to show Halloween from a perspective we hadn’t really seen before.

The Jersey Devil found his way into a lot of the scariest photos, but it was Maroon Bird’s contribution to the Slenderman tale that earned top honors in this category.

To the winners and runner-ups: congrats! I’m sure that even if you didn’t win, your entry was spooktacular. 😉

So what did you guys dress up as this year? Share your Halloween stories below!

Hey guys, SD here! Remember how some spooky new features were added to the Poptropica Photo Booth? Well it looks like there’s more to it!

Yes, Poptropica is having a Halloween Photo Booth Challenge and anyone can enter! Just create any spooky picture in the photo booth. As you can see in the image above, there are 5 categories that you have a chance of winning.

There will be one winner and five runner-ups for each category. All of the winners/runner-ups will be featured on social media, while the main winners will be temporarily added to the photo booth. That means anyone will get to use the winners’ Poptropicans in their pictures AND their winning photos will be featured as templates.

Once you’ve made your perfect picture, just hit the “Submit Your Photo to the Halloween Photo Booth Challenge” button. Remember, the contest lasts from October 23-28, so don’t miss out! In other news, there is a new Pets Package available in the Poptropica app! For only $0.99 you can have your very own pet! And don’t forget that you can import your online Poptropican’s look into the app. 😉

Lastly, if my calculations are correct #BacktotheFutureDay was this past Wednesday. Of course Poptropica had to celebrate, so they shared the image above. Woah… I guess the future… is now that past… that’s kinda weird.

So, um, why don’t we have hover-boards yet…? XD