The Doctor is in! Who? The Doctor! For this week’s Mashup Mondays, there isn’t any fan art, but I’ll try to make up for it with more costumes and a longer Bits & Pieces! Since the Costumes section is so big with photos, it will go at the end.

If you know what Doctor Who is, then you would know it is all about time travel. So, what better island to bring up than Time Tangled? Now, Time Tangled may not have a cool — definitely not conspicuous — phone booth to travel in, but it does have a Time Device you can use! The first stop is (with photos from the ATP)…

Ancient Greece: In Poptropica, Ancient Greece is as far back as you can go. In Doctor Who…not so much. You can also speak to an oracle, who gives advice from the gods. Well, in a Doctor Who novel, “The Slitheen Excursion,” the Doctor goes to Ancient Greece, and it seems like gods are visiting them; well, they’re actually aliens! Yes, it’s an odd show.

The Vikings: In Poptropica, the Vikings ask you to get an amulet for them. Most likely, in the real Viking era, they wouldn’t have been so friendly, as in “The Girl Who Died.” Instead, the Vikings capture the Doctor, and they only escape by the appearance of Odin.

Leonardo da Vinci: Just as you meet Leonardo da Vinci in Poptropica, the Doctor meets him several times, and the Mona Lisa comes up many times, including the Doctor writing “This is fake” on copies and it being based on a companion! The Aztecs: An episode about the Aztecs in Doctor Who was actually one of the first ever made, and it was the first where the Doctor changed history. He was even supposed to get married!

The Statue of Liberty: The Doctor has visited the Statue of Liberty more than once, and in one episode, it was even taken to another planet, kind of like how it was in the wrong time period on Time Tangled! It was almost destroyed in another episode, too, so it doesn’t look like it’s been doing too well…

Those are all the shared time periods and places, so next up are the costumes!

First up are costumes made by Cool Smarticle, which you can find with instructions on our Entertainment page: 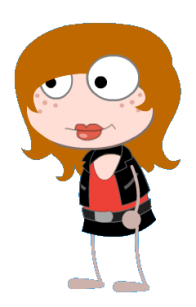 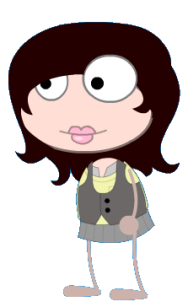 Next is David Tennant, which you can find on the Poptropica Fashion Wiki with instructions! But that’s not all… Poptropica Fashion Wiki has an entire category dedicated to Doctor Who costumes! Yes, along with David Tennant, you can find Matt Smith (on the right), Rose Tyler, River Song, Amy Pond, Christopher Eccleston (my first Doctor!), Rory Williams, Amy Pond, Martha Jones, and a Weeping Angel.

You can also find a helpful YouTube video by JTCMovies123 for the 10th Doctor:

That’s it for today! Maybe next time I’ll do a requested one…hmm… What is it called… Steve? Stephen? Who knows.