Sorry for the, like, week of no posting guys. Getting back into my school routine was tough.

Anyway, you’ve probably already heard about this, but will Poptropica be releasing a cartoon? This was posted on Twitter a while ago:

All that was said was that the image shows a “Poptropica script read.” Most people are thinking a Poptropica cartoon is in our future. However, people have also suggested that it may be a YouTube series, audio book, or narration for SUIs. What do you think about all this speculation? Comment your opinions below!

In other news, we have many behind the scenes images. First up, an early sketch for Poptropica Comics. All that we know is that it is a part of something coming February-ish. Next up, a Galactic Hot Dogs ad can now be found. Go travel in the neon wiener! 😛 [Excerpt from Silver Wolf: We even posted a picture of Dr. Hare with Svaldalfari! One step closer to world domination…]

Last but not least, has your school banned Poptropica from there computers? I know my school did. 😦

But worry no more! The Creators released this three part image for a Poptropican in need that may solve this problem. 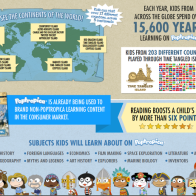 See??? Poptropica is fun and educational! Show those pictures to someone in charge at your school and see if it helps. 🙂

Arabian Nights: Lair of Thieves is now out for all and PoptropiCon: Spoiler Alert is now on android. Have fun!