Well, first and foremost, I got my braces adjusted yesterday! IKR?  So EPIC! 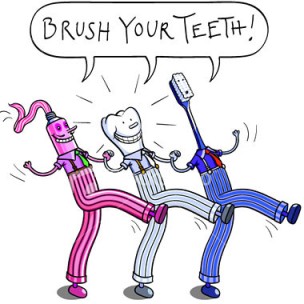 Why is this so CREEPY?

Haha, fooled you guys.  That’s not the main topic of this post. 😛 (I did get my braces adjusted yesterday for real tho)

The story is just incredible; the Poptropica Team is under new management.  These managers are not the greatest; all they care about is munny and the cheapest way out.  Even worse, they keep the Creators locked in the basement, where they continually work… Pretty awful.  The creators want you to go and find the fired developers, as they can’t finish the newest island without them.  And I know it sounds pretty lazy to send the player on a fetch quest, but it really is quite fun.

This is the funniest of islands yet.  They obviously wanted to “mock” their work, and I bet they had fun making this island.  I sure had fun playing it.  The only thing I could pin the story for was it’s originality.  Not the premise, but the quest.  The “fetch” quest.

Some of you may have played Humongous Entertainment Games when you were younger… have you ever played Pajama Sam?  That’s them.  The third installment of Pajama Sam is pretty similar to Mocktropica.  The candy is being a jerk to the other foods.  A council meeting needs to be made with all the different food groups, to iron things out.  The delegates are missing, though, and so you have to find them.  You get a hat for each delegate, and the way to find them and bring them back to the council is much like that of Mocktropica.

The gameplay brings to my mind the word “scrumdiddlyumptious”.  It’s appropriately glitch filled, most being quite humorous, such as a barking fire hydrant.  Although, for me, it has been a real life glitch land mine.  I’ve had to restart the island numerous times because of game breaking glitches; the piece of cake, the server loading page, and the one I’m stuck on now, none of the managers show up in front of the building to summon the mega fighting bots… really irritates me, but I guess I should have expected it. 😆

The actual steps to win the island are whimsical, not quite believable, but you sort of go with it.  The color scheme is amazing, the narfs are adorable, and I wish the followers would walk like the narfs in the game instead of flying… hint, hint.

One thing I WISH they would bring back from the old one was the “skip dialogue” feature.  For the fast readers, even with the dialogue speed set as fast as it can go, I have to wait an extra 20 seconds before going one.  Bring back the “S” key, people!

I need to start a petition: we want a CD of Poptropica Soundtracks!  They are awesome!  They are so amazing, and sort of necessary; the soundtrack makes the game.  I loved every bit of the soundtrack.  The cheese factory, the farm, the NIGHT SOUNDTRACK WAS MONUMENTAL!  Check it out:

For all you Non-Members; do you really want to know the secrets?  You can find most of them in SamWow5’s guide, but here you can actually experience the awesomeness.  The new managers/executives of Poptropica own megafightingbots.com, and they had planned to destroy Poptropica all along!  But you had been fixing the intentional glitches, therefore they have to release their full power:

That’s something you will only find here, and for now, something only Members have been able to see, for now.  I hope you enjoyed the cutscene! 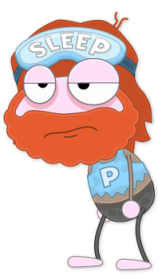 All in all, I think we can all say that Mocktropica was a genius and EPIC island!  More and more of the upcoming islands look like they will be experimental, and I gotta say, experimental islands are not bad!  Sometimes they do have a few bugs and glitches, but they always are fun!  More or less, if you have played it, what do you think?  And to Non-members – how do you think it sounds after my review?  Tell me in the comments! 😀

One more note: islands are becoming stabilized again.  Virus Hunter, I gotta admit, wasn’t the greatest.  Everything seemed to be strung out everywhere.  This has been the first island that things seemed to be pulled together quite nicely.  I am starting to actually like the new format, and no pun intended since this island is about them NOT pulling it together… 😛

I'm Andrew Wiles, although on this account I'm known as HPuterpop. I've played Poptropica since 2007, the year it started. I play on the users puterpop and puterpoptropica. I'm a graphic designer, editor on the Poptropica Help Blog, and executive manager on the Poptropica Wiki. Check out my links to find out what I'm doing at the moment - I like to stay active in the community and always have a couple projects in the works. Consider subscribing to my YouTube channel and following me on Google+. I would greatly appreciate it. I'd like to stress how easy it is to contact me, so if you do need to, andrewwilesinfo@gmail.com is the one to contact. Thanks for reading, I'll see you soon. :) And thanks to Muzzki for my current profile pic!
View all posts by HPuterpop →