Next is the comic! Here is part 4: 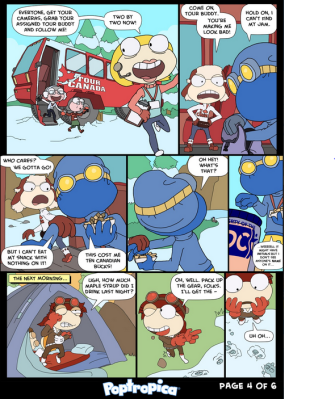 Tell me what you think of this island in the comments! Bai! ~SW out with a Virus Hunter Island report